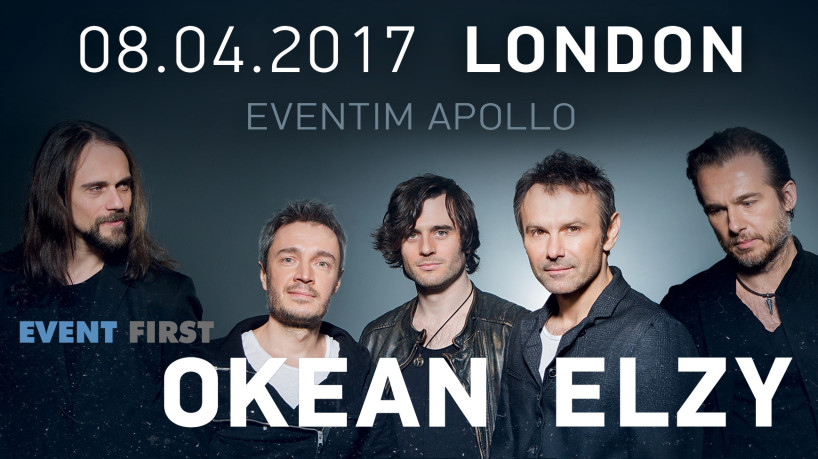 OKEAN ELZY is The biggest act that the 42 million country of Ukraine ever witnessed. A world class rock band and a national legend, well famous all
over the world.

In 2016 the most famous Ukrainian rock band Okean Elzy hits the road for a 2-year- long World tour to support its ninth studio album ‘Without limits’ (Ukr: “Без меж”).

For the first time in the band’s history its front man Svyatoslav Vakarchuk, who is also the author of all songs in the album, acted as a sound producer too.

The new album was released on the 19th of May 2016 on air of three online radio stations simultaneously, and the geography of the listeners spread across the globe without limits indeed: citizens of India and the USA, Ukraine and Israel, Afghanistan, Serbia, Germany, the UK, Russia, Georgia, Spain, Armenia, Turkey, Canada, Australia and of other countries left their comments with location in the chat of the live stream.

The World tour has started in Ukraine with an open concert in Mariupil, followed by 18 stadium concerts in the biggest cities of the country. In Kiev the band gathered 85,000 people on the 18th of June at the Olympic stadium.

The schedule of the tour is being revealed gradually and so far the following countries are announced: USA, Italy, Spain, Canada, Germany, Sweden, Bulgaria, Dubai, Latvia, Armenia, Poland, Georgia, Belarus, Azerbaijan, Finland and Australia. The band will also perform on stage of the Theatre at Madison Square Garden in New York on the 4th of March 2017 and at Hammersmith Apollo in London on the 8th of April 2017.